What the bombers’ motivations were exactly has yet to be pieced together and may never be fully known. What drives a young man to blow up strangers is most often a volatile cocktail of hormone-saturated ingredients, not always fully transparent to the bomber himself. What is known, however, is that a version of Islam played some role in the Tsarnaev brother’s worldview. This fact is generally regarded as sufficient to count the Boston Marathon bombings as one more grim episode in a long history of religion-related violence. It is common in the secular West to run through a list of such episodes—the Crusades, the Inquisition, Aztec human sacrifices, the European Wars of Religion, the terrorist attacks of Sept. 11 and so on—and conclude that religion has a peculiar tendency to lend itself to violent acts.

Thanks to @fare_fwd for pointing to this article.

The Root of Evil: Does Religion Promote Violence?

The problem I’ve had and continue to have is that we (upper-middle-class, educated Westerners, for the most part) are a self-celebrating lot. We click “like” on each other, whether by private flattery or public review, and expect to be “liked” back. As a result we churn our culture that’s less threatening, less offensive and cutting, producing about one Allen Ginsberg for every 99 Anne Lamotts—one Nick Cave for every multitude of Mumfords. We’re less inclined to walk away from bullshit than we are to rationalize it, frame it in acceptable terms. We dismiss criticism as negativism. Faced with failure, we specialize. We love to admire beauty but don’t get around to discussing death. We don’t traffic in horror, the gnarly terror of the grave.

…Because this is a world of deviltry and silliness, closer to Bunyan’s Vanity Fair and Lewis’s Narnia—one in which only bourgeois comfortableness can give rise to hundreds of best-selling memoirs. It’s a world of distorted values, too: We’re all Cake Boss when we ought to be The Wire. We’re Game of Thrones when we should be Gulag Archipelago. Thankfully we begin at a point of grace so radical it can say, “Forgive them, for they known not what they do.” Thankfully our lives are shot through with blessing so rich we can hardly begin to understand it.

Aaron Belz, Editor-in-Chief of The Curator Magazine, on the direction the magazine is going.

They’ve published a couple of my pieces this year, and I really appreciate the work they’re doing.

If you’re inclined to give to independent fundraising projects like Kickstarter and Indiegogo, then consider supporting The Curator as they increase their efforts: 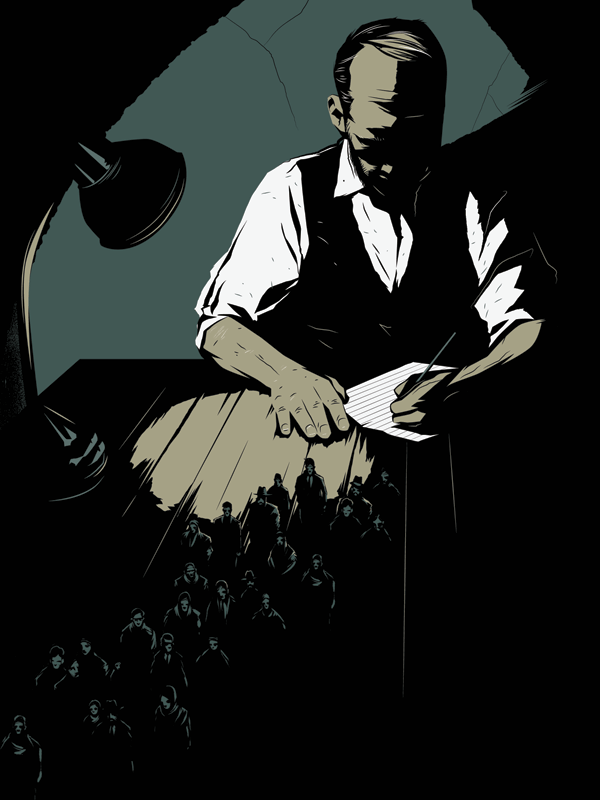 Double blog day! This was an editorial piece for the guys over at The New Republic. It turned out rather nicely.

Matt Taylor is worth following. Also, Yay! for left-handed writers.

The kind folks @curatormagazine have posted one of my essays. Warning: it concerns child abductions. Here’s a link: Little Girl Found.

A few years ago in a neighboring town, booming as a safe alternative to my relatively safe city, a man with no criminal record or history drove into the parking lot of a gas station and tried to steal a little girl. The girl’s grandmother intervened and was shot and killed in the process. The man fled the murder into the quiet suburban town and kidnapped another girl from her front yard. As a police chase ensued, the girl leapt from the car, sustaining only minor injuries, and the police killed the man in a shootout…

Also, the brilliant Ms Odradek gave it a pre-read, for which I am deeply grateful.

And heads up: a full length album comes out next year (hush hush, from the same people that have brought you Jason Isbell’s recent and stunning Southeastern).

Or if you prefer Soundcloud

In the first centuries of Christianity, the new religion proved insufficient for the educated people in many ways, and so gnosticism became widespread. Gnosticism did then what poetry does today for educated people. But poetry should not be reduced to mere aestheticism. In its most important instances, poetry is an exploration of man’s place in the cosmos. Good and evil have been attributes of man since the Fall. The big question is: What state did Adam and Eve live in before that moment? Original sin is an enormous and extremely difficult philosophical problem. Lev Shestov said, and I agree, that it is remarkable, indeed hardly conceivable, that primitive shepherds were able to come up with a myth so enigmatic that the generations who have sweated over it to this day still do not understand it.