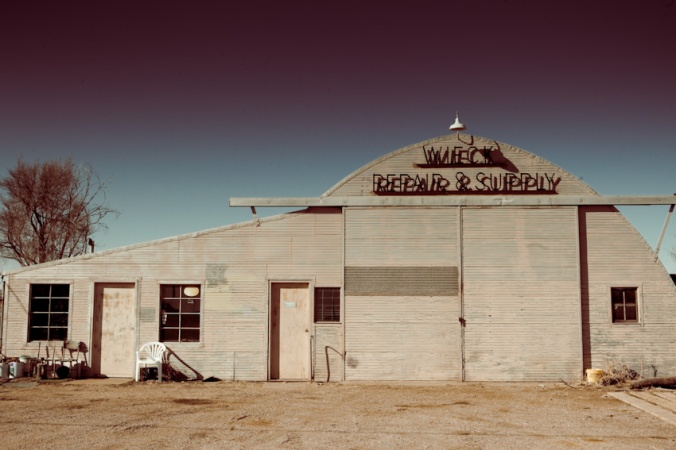 This photo was taken in my hometown which was originally founded under the name Bethlehem by a German Catholic priest. His project was to plant parishes in the midst of immigrant farming areas which had no central township. He also founded a town named Nazareth about 30 miles from home: Nazareth and Bethlehem, naturally.

When the railroad came through, they renamed my hometown Umbarger after a Civil War officer who had set up a railroad trading post near the area. The Wiecks were established here shortly thereafter.

One of my dad’s cousins runs this shop. This guy can machine anything, creating functional tools out of scrap pulled from wrecked cars, rusted plows, and defunct lawnmowers. Most of the Wiecks can do this. I did not inherit that trait, unfortunately, but that is what I believe literature should accomplish: Repair and supply a wrecked and defunct world with useful narratives. And I think the most useful narrative was born in that stretch between Nazareth and Bethlehem. And the most beautiful, good, and truthful narrative.

The photo was taken by my friend and photographer Joseph Schlabs.